Growing up, the bedrooms in the house had clear names: Jeff's room, Rose's room, Alice's room, Rick and Suzie's room, the au pair room, and the guest room. But people have moved around a lot: later occupants of "my" room have included Rose, Stevie, then later me, Julia, and Lily, and then even later Alice, Alex, and their children. Other rooms had a similar range of people rotating through ("the Wyman St home for itinerant folk-dancing youth") and referring to rooms became really difficult.

Around this time last year we decided to give names to the rooms: England, Scotland, Wales, and Italy. We painted the flags on the doors: 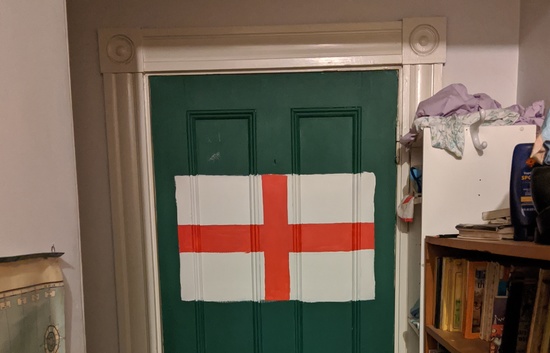 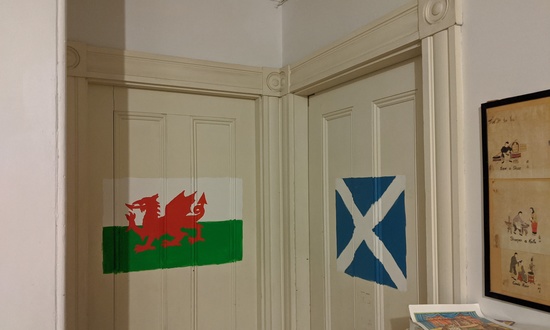 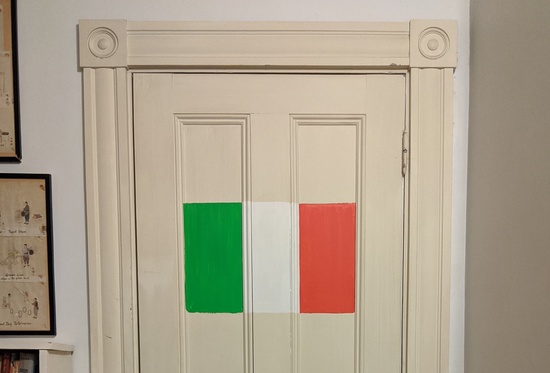 I was initially worried that the names wouldn't stick, and we'd be stuck talking about "Alice's—no—Rose's—no—Stevie and Val's old room", but now that's just "Scotland". Some of the names get used more than others—Rick's room is just called Rick's room—but having an unambiguous option for each room is super useful.

Possibly we should preemptively do something similar with our house, but we're probably ~15y off from this sort of room rotation and for now occupant-based naming is clearer.

←
Out in the Great Northwest Gortha Ick
→