Occasionally I want the keyboard to be a bit louder, generally when playing dance melodies with the right hand as a break from the usual bass and chords. The keyboard does have a volume slider, but it's sensitive and hard to use it precisely while playing. Some kind of boost switch would be nicer.

Most such switches out there are designed for guitars, which produce a very different type of signal than keyboards, despite using the same 1/4" connector. A guitar pedal would work, but would need electricity and be overly complicated. For the output of a keyboard we just need a variable resistor that we can switch in or out of the signal path:

Wait, didn't I say it was a "boost" pedal? That looks like it sometimes leaves the signal alone and sometimes runs it through some fraction of a 50k resistor which would reduce the voltage and make it quieter. Luckily it doesn't matter: the output volume from the keyboard is high enough that we can have the resistor usually present, making the keyboard quiet, and then switch it out when we want the keyboard to be louder. This has the effect of a "solo boost pedal" while being an electrically much simpler "rest-of-the-time cut pedal".

I went to "you-do it" electronics and came back with six parts, none of which are actually electronic:

All together, without the box: 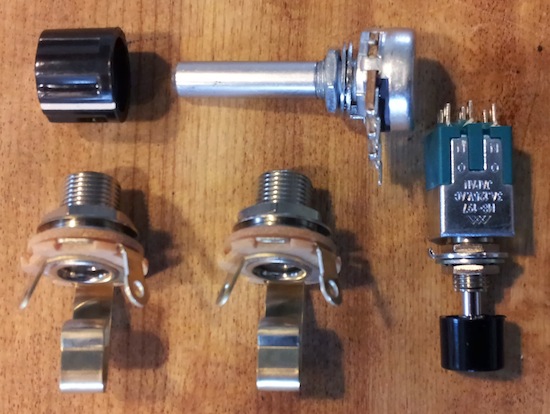 This was all a bit under $20, but if you wanted to buy online and maybe in bulk you could probably get it down to about $5.

I connected wired them up loosely to check that I had the idea right, and tested it with the keyboard. It all worked the way it should, so I drilled holes in the box, mounted the components, and soldered the joints: 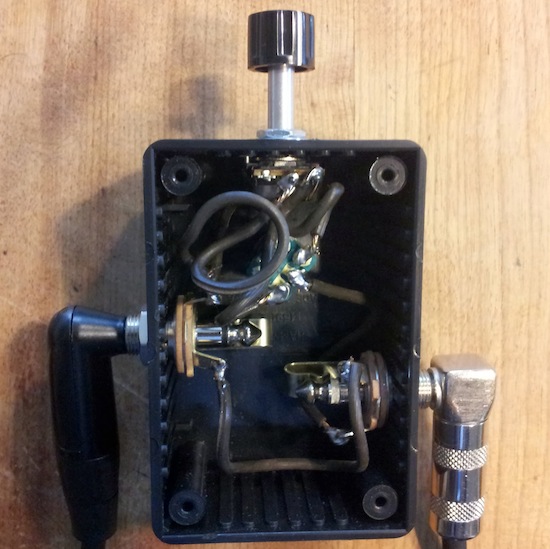 After testing it again I closed it up, and realized I had less clearance than I thought I had. Luckily I had left enough space, and everything fit. 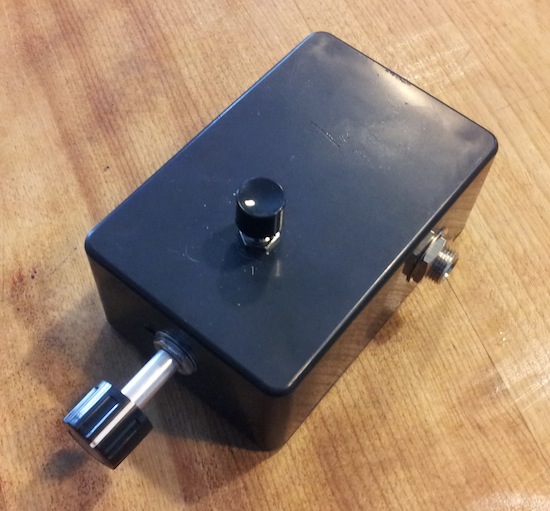 I'm pretty happy with it, but still need to try it live at a dance.