On Saturday I searched for [diplomacy mac] and found the top result a little strange:

This is a program I wrote in high school and uploaded it to sourceforge. Softpedia is apparently redistributing it, and they claim they've tested it and found it "does not contain any form of malware, including spyware, viruses, trojans and backdoors":

This is kind of surprising, given that there's not even any documentation on how to run it. The site and claim seemed sketchy enough that I thought they might have added malware to the program. Curious as to what they might have changed, I downloaded it from them and compared that to the sourceforge version, but the .zip files were identical.

One problem with the program is that if you're not me it's not obvious how to run it. So, let's write some docs I should have written nine years ago.

When you download the program you'll get dipper_0-1-8.zip. If you open it up you'll see a lot of random files and no readme: 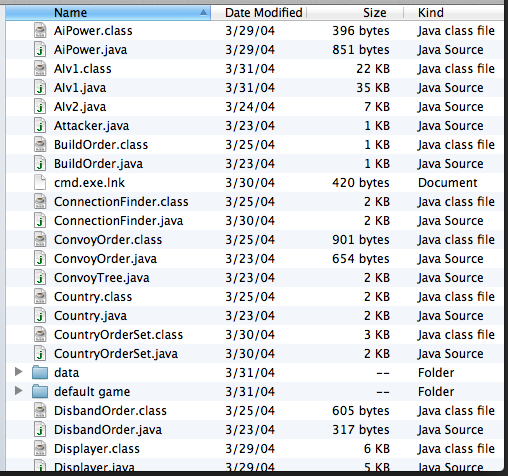 You need to run Game.class. On a mac that means double clicking it; on other systems that probably means opening a terminal, going to that directory, and running java Game. When it starts it wants to open an existing game: 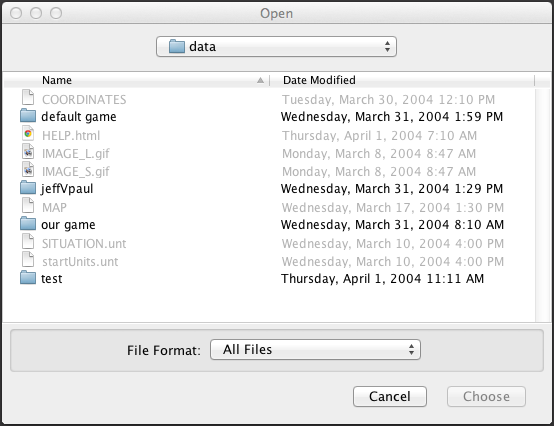 This makes no sense; wouldn't most people downloading this prefer to start a new game? And why isn't there even an option to start a new game. What was I thinking? But we can open another game and then reset it back to start. So let's open "default game": 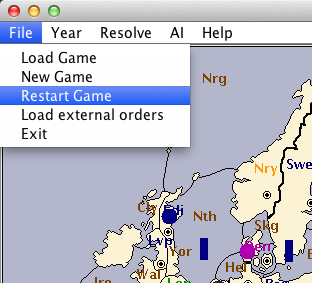 Clicking "File > Restart" we get a fresh game: 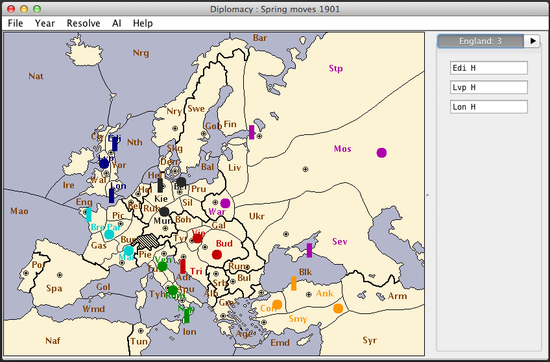 Your first reaction is probably to try clicking on the units to order them around, but that doesn't work. Why not? The program doesn't know what pixels of the map correspond to what provinces. At the time I thought doing that would require specifying the borders of every province, but now I realize I could have just done something like a flood fill to get all the pixels in a province. I didn't think of this then, so instead you have to enter orders as text.

The order parser is very strict. Enter orders in any format other than what I have in my head, and you'll get an error: 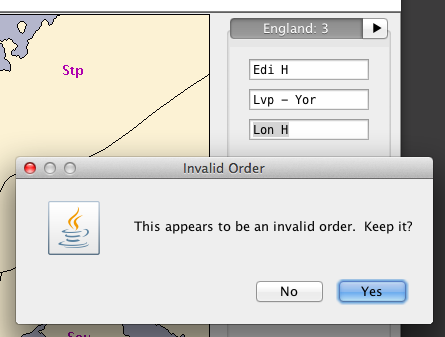 The allowed format for orders is:

Once you get past these questionable design decisions, however, it does work.

My goal in writing it at the time, however, was to learn about AIs. If you read the code it's full of lines like trust -= BROKEN_PROMISE_NOT_TO_ORDER * attention but I don't think I got any of that actually working. Instead I think it's just choosing a legal order at random for each unit, with some attempt to support or convory as needed. Here's what an AI game looks like after running from 1904 to an English victory in 1977: 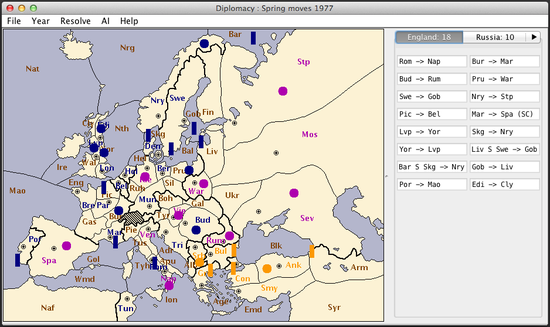 Seeing orders from England like Swe -> Gob, Gob -> Liv, Liv S Swe -> Gob reminds me why I got annoyed at the AI writing and gave up.