Keeping track of which comments you have already read in an online discussion is a pain. It's not too bad in a flat discussion, because you can scroll up to the last comment you remember reading, but in a threaded discussion it's really easy to miss things. Sites can solve this by highlighting new comments: 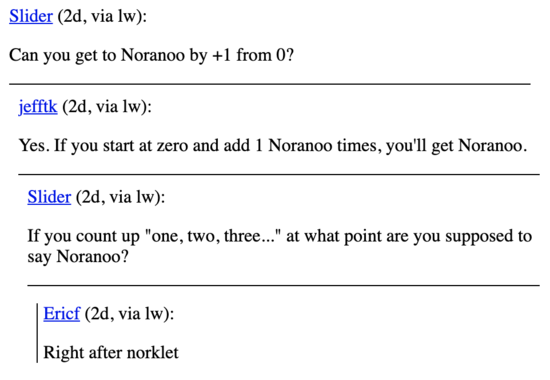 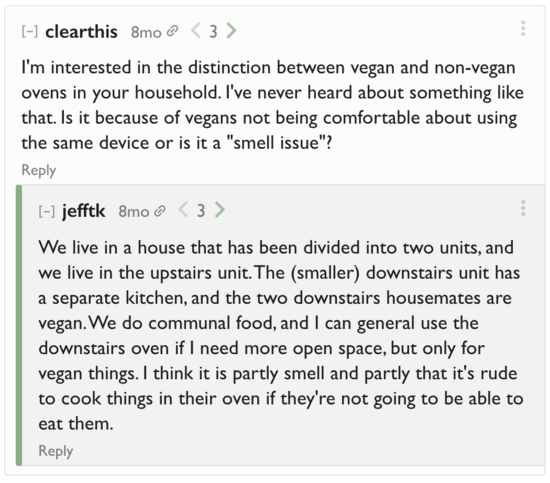 Why isn't this more common?

The general idea is quite old: mail readers have always marked new messages, so a threaded view with highlighted messages goes back at least to the beginning of threading mail readers. I was using this in the early 2000s, but it's surely older: the In-Reply-To header goes back to RFC 680 (1975) via RFC 733 (1977) and RFC 822 (1982).

On web forums, Reddit added new comment highlighting August 2010, but limited it to subscribers (then "Gold", now "Premium"). It used to be a headline feature of Gold (#2 in 2012, falling to #4 in 2013) but was dropped from advertising in the 2018 rebrand to Premium.

Since I never bought a Reddit subscription, I first saw new comment highlighting on LessWrong, where it was added on May 2011. Some time before 2015 (I think it was early 2014) it was added to SlateStarCodex, and I added it to my commenting system in August 2014. It survived the LessWrong rewrite, and it's supported by the other deployments of that platform.

From a technical perspective, it is a pretty small change: you can implement it client-side in a dozen lines. Many people have written userscripts to add this functionality to sites that don't have it.

The idea has been around for over ten years, it's very simple to implement, it dramatically improves the experience of returning to a complex discussion, but most comment systems that would benefit from it don't support it. Since at this point the explanation is not going to be that the people who would need to add it to FB/HN/etc haven't heard of it, I think the explanation likely goes back to some form of me (and the LW/EA communities) having unusual preferences? Maybe most people don't return to discussions? Or find it distracting? What's going on?