It's generally hard to tell whether long-term problems are getting better or worse from looking at news coverage or hearing about problems. Each gives you some information, but it's hard to tell how it compares to what was happening before. Quantitative data can help give some perspective, however, and I decided to look some into US hate crime statistics.

Since 1992 local police have reported crime information to the FBI under the Uniform Crime Reports program, and then the FBI collates them into an annual report. There's some risk of underreporting, or changing reporting levels over time, but this seemed really hard to look into and I decided to just using the numbers as presented in the reports. I couldn't find an annual table, so I went through the 27 published reports and pulled out the number of incidents from each report's Table 1 (raw data). 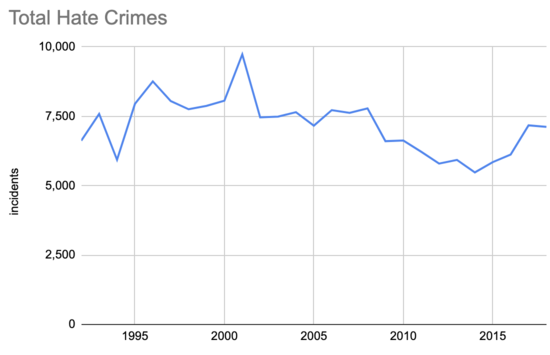 There were ~30% more people in the US in 2018, though, so we should look at per-capita numbers instead: 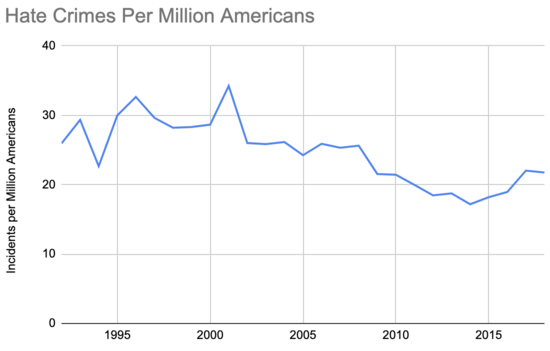 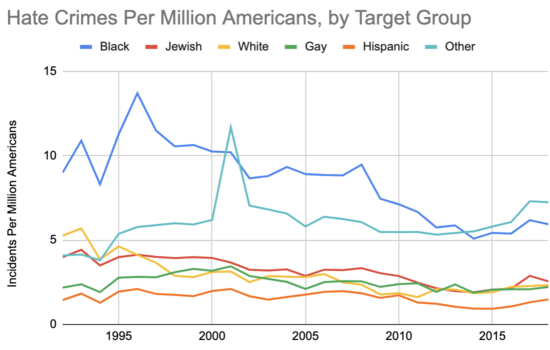 The spike in 2001 is coded as "Anti-Other Ethnicity/National Origin" but it's probably anti-Arab with 9/11.

Instead of normalizing by the total population, however, for specific biases it would be clearer to normalize by the population of the affected group. For example, how many anti-Hispanic hate crimes are there compared to the number of Hispanic Americans? Here's what that looks like for the same five most common categories: 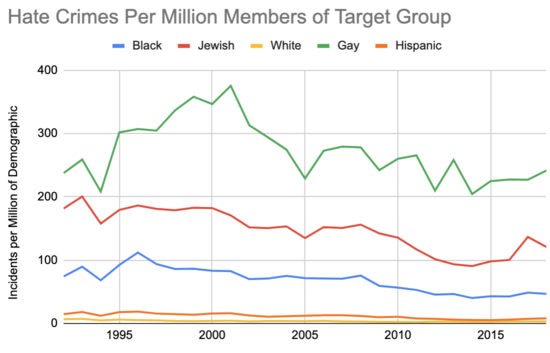 Statistics are fundamentally a summary, and they can't be our only window to the world. But for questions like, "is this better or worse than it was ten years ago" they're a very powerful tool.