This afternoon I defrosted our chest freezer, which I probably should have done about two years ago. Aside from having spent a long time dealing with frost buildup, another downside of waiting so long turned out to be that by the time I learned that the drain didn't work it was already out of warranty.

We mostly use the chest freezer for three things:

The main tricky part is not losing track of things in it, since the closer it gets to full the harder it is to find anything. 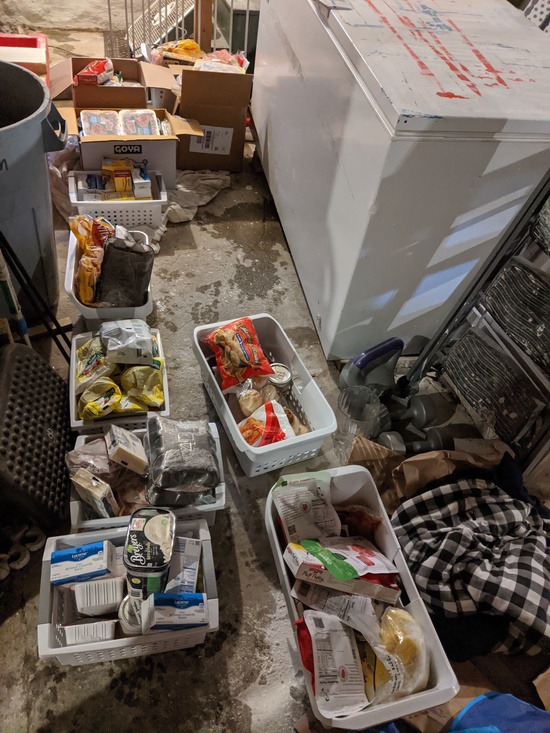 While I was reorganizing and refilling it I took inventory. This is what was in it:

This is for a house with six adults (three omnivores, two vegans, one vegetarian), and two kids (one of which is kind of vegetarian).