Proponents of baby-lead weaning claim that breastfed babies take to solid food faster because they've been exposed to second hand flavors. This seems to be mostly based on experience, but there is experimental support: Mennella, Jagnow, and Beauchamp (2001) found babies liked carrot-flavored cereal more if their mothers drank carrot juice during pregnancy ("CW") or lactation ("WC"). 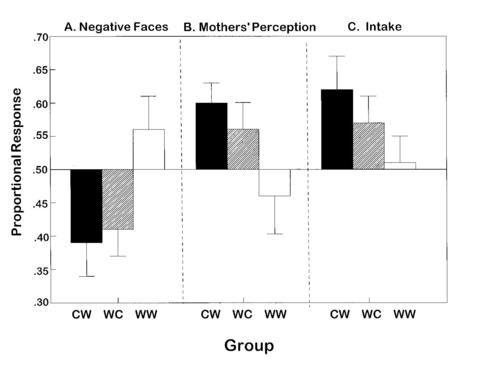 This suggests to me that we should be flavoring baby formula to match the variation in flavor found in breast milk.

(Looking online, I see two past attempts at flavored formulas. One was Bacon Baby Infant Formula ("four nutritious servings of bacon in every scoop!") which turns out to be an April Fools joke. The other was Enfagrow Chocolate Toddler Formula, which was withdrawn over criticism of it's high sugar content and anyway was aimed at toddlers not infants.)