Inflation used to vary dramatically, but since the 80s it's been relatively stable in the range of 1-5% per year: 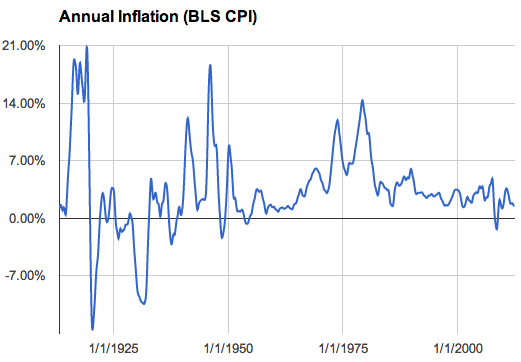 I often think that because inflation is around 2% these days I don't need to pay much attention to it. If a number is from 1970 I'll go look up the conversion to adjust for inflation but if someone compares 2003 numbers to 2013 I figure it's not that important. If you just assume all relatively recent monetary values you see are in current dollars, how far wrong will you go? It turns out this can matter a lot: dollars lost a quarter of their value from 2003 to 2013. So here's a chart of the inaccuracy of this assumption when considering numbers from the past 30 years: 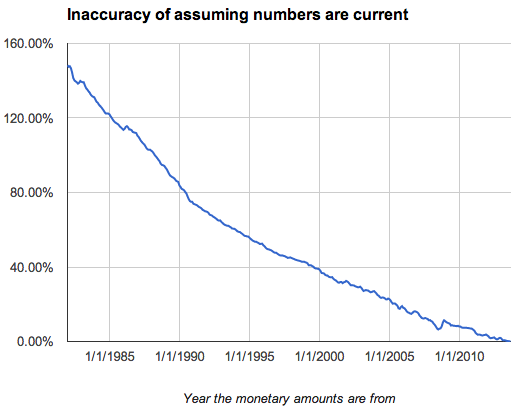 When trying to work with numbers that are even a few years old, run them through an inflation calculator first.