Over the past ~30y, manufacturers of small inflatables have switched to non-reflow valves. They should switch back to free-flow ones.

Here's what I'm talking about: 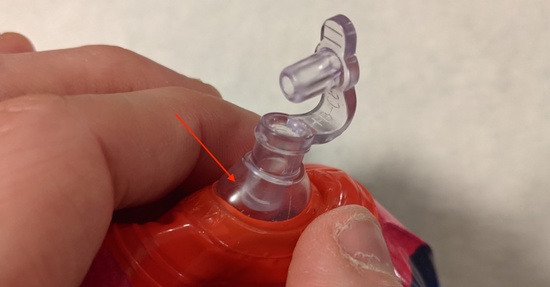 See that little line on the valve, on the inside of the ball? In a resting position it's closed. If you squeeze it or bite it, it opens. You might see it called a "check valve", "bite valve", or "non-return valve". The goal is to make it easier to blow up, because when you're taking a breath the air mostly doesn't leak out.

The alternative is a free-flow valve, where the air goes in easily, and comes out just as easily. These require a small amount of technique: when you take a breath, you need to push your tongue gently against the opening, to keep the air from escaping.

I will admit, if you haven't learned this technique, the new way is easier. But even if you have the valve fully opened, it provides far more resistance to your breath than a free-flow.

Luckily, in many cases it is possible to remove the flap, converting it to flow freely. If you reach in with a pair of needle nose pliers, you may be able to grab the flap, twist it, and rip it free. I haven't ruined a valve doing this yet, though it is a risk, and I wouldn't do it on anything especially expensive.

For larger inflatables it's worth using a pump, but in my experience, for a given amount of effort I can blow up something up about four times bigger with a free-flow valve.

←
History of the Public Suffix List Looking at RSS User-Agents
→