For years, I've been making my own drum trigger pedals, for playing drums with my feet while playing mandolin or piano. Recently, however, I've started looking at commercial ones. It turns out there's quite a range of options, depending on what you're looking for.

At the very low end, there are pedals that are just switches. I'm not interested in these: I want velocity sensitivity. This means you can play louder or quieter depending on circumstances, and can configure one pedal to trigger additional drums when triggered especially forcefully.

As you get to fancier pedals, there tend to be several things that go together:

I care a lot about the first, some about the second two, and not an all about the fourth because I don't already play a kick drum. This makes reading reviews tricky: someone may pan a pedal for feeling "fake" or having the wrong level of springiness when (I think) it isn't something I would mind at all.

Aside: this is also how I feel about keyboards: I want it to be 88 keys and velocity sensitive, but it doesn't need to reproduce the feeling of playing on a real piano. You can do it, it just costs a lot and weighs a lot.

The most standard option here is typically to use a standard kick pedal with a trigger pad: 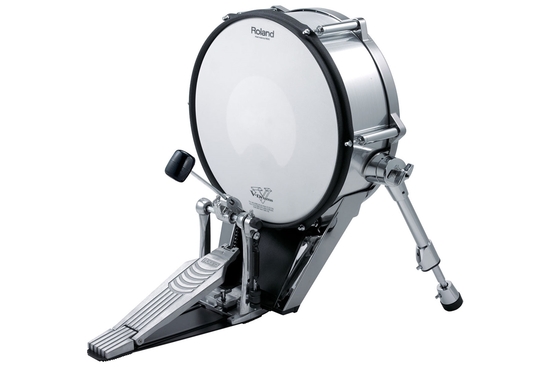 This provides a pretty realistic feeling, but it's much too bulky for me. I want something where I can take four of these on a plane, along with whatever else I'm going to be playing for the gig.

Pedals without a beater are called, not to surprisingly, "beaterless". They all have the same basic design: a hinged pedal that comes down onto a velocity sensitive pad, with a spring to bring it back up again: 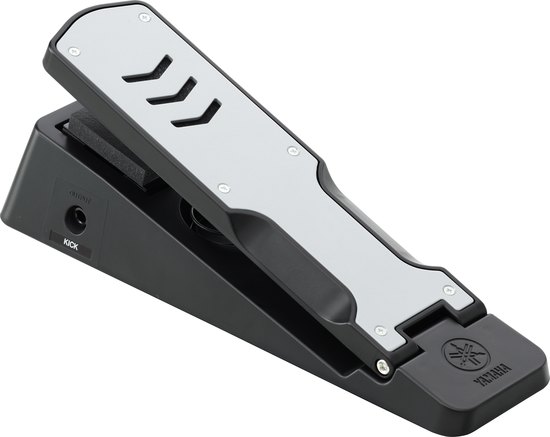 Roland also makes an entry-level kick pedal as part of their TD-1K set, but there's apparently no way to buy it as an individual unit.

If you look around online there are some things that appear to be even cheaper, but it looks to me like they are actually just switches.

I decided to order the Yamaha pedal, since it's the cheapest and seems like it's good enough for my purposes. Comparing it to my DIY pedals, it does have a wider dynamic range, and is more consistent. It didn't feel flimsy, which was my main concern, so I've now I bought three more. Since I'm no longer tapping my heel to play, getting used to them is going to take a bit.