Except if your big pile of cash is under $1M, you're not required to file at all, and you actually pay $0. What you pay looks like: 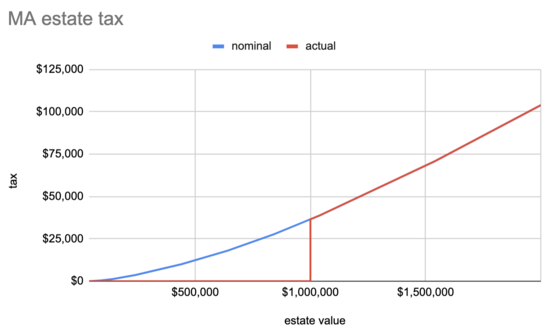 Here's the marginal tax rate, what you pay per dollar you die with: 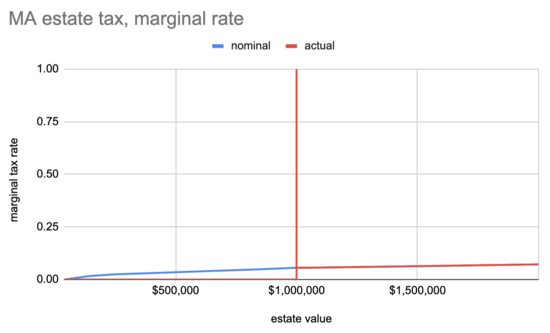 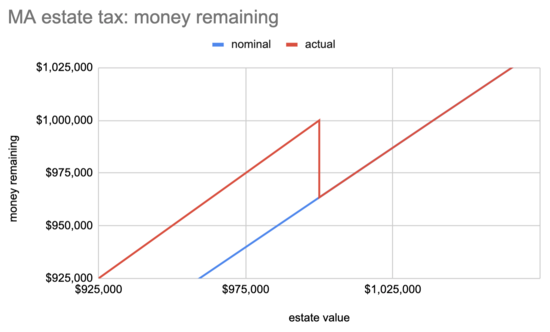 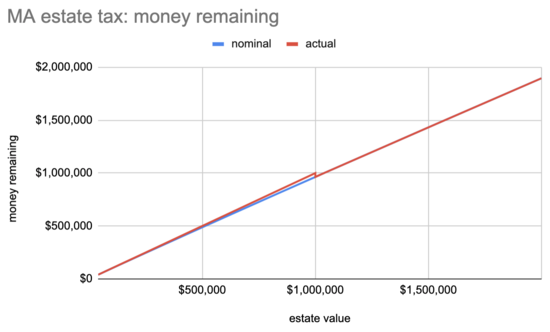 Still, this does lead people to do weird things around the $1M mark, so a better system would just be to give each person a $1M exemption and then charge higher rates on estates over $1M to keep it revenue neutral. If you die with less than $1M you don't have to file, but also wouldn't owe any tax if you did.

(This doesn't get into the various ways that richer people and people with better planning can set up their finances so they avoid estate taxes, countering a lot of the intentional progressive setup. And it also doesn't get into additional complications around situations where you have to file despite having a net value of under $1M.)

←
Resetting Somebody Will Don't clean your glasses
→