I've seen several people sharing things like this NPR piece: "Is the U.S. at the start of a second wave? Have states reopened too soon? And have the recent widespread demonstrations against racial injustice inadvertently added fuel to the fire? The short, unpleasant answer to the first question is that the U.S. has not even gotten through the current first wave of infections": 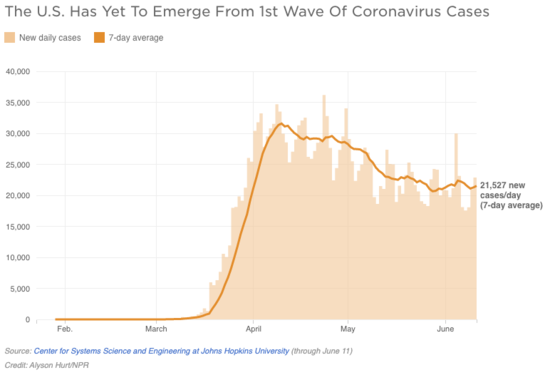 If you look at state-by-state data, however, you can see some states falling dramatically, while others are rising. For example, this NPR visualization shows NY has peaked while CA has not: 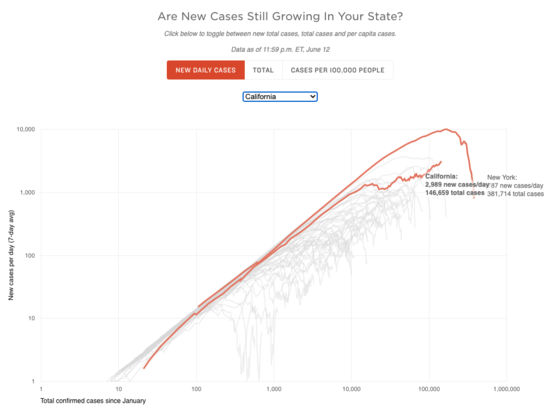 The national curve is the sum of the curves for all the individual states, and when states are on such different trajectories looking at national numbers hides important information. I looked through the per-state numbers and saw some rough patterns:

First Wave: Some states have peaked, and are now trending down. This includes the Northeast megapolis and several other states: Colorado, Hawaii, Illinois, Indiana, Iowa, Kansas, Louisiana, Michigan, Minnesota, Montana, Nebraska, and Vermont.

Here's what confirmed cases look like for the three groups: 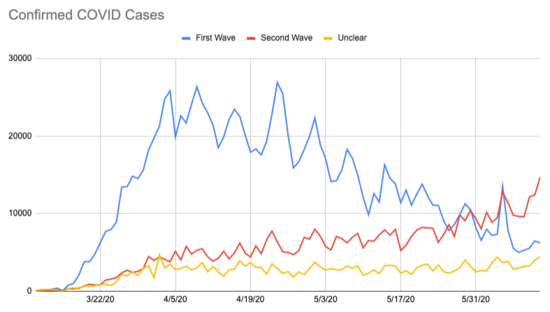 It's two waves superimposed: one that peaked in April, and one that hasn't peaked yet. Both of those waves are composed of many smaller waves, one for each state: 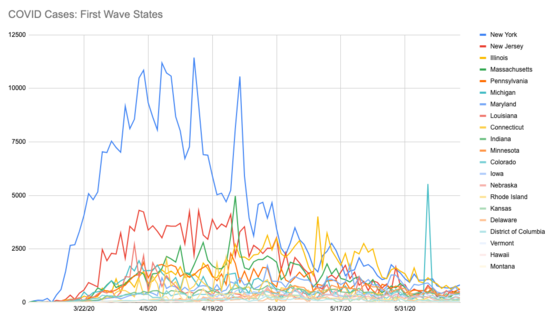 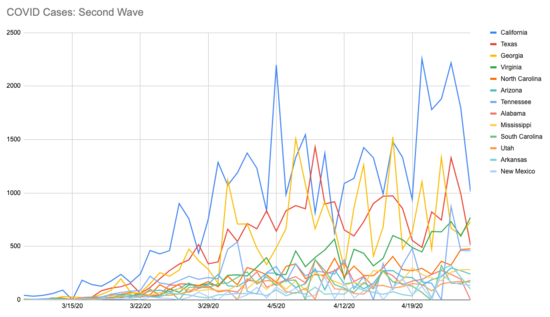 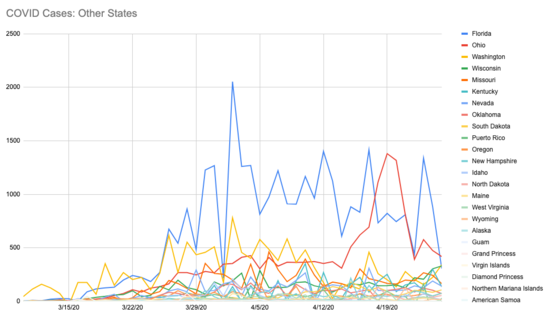 'State' likely isn't the right level of analysis; I expect there are parts of some states, for example, that followed more of a "first wave" pattern, even as the rest of the state is on the slower trajectory. I'm pulling these from the convenient JHU CSSE GitHub repo, which has county level data if anyone wants to play with it.

Speculating now, it looks to me like there's a pattern where people take precautions more seriously once people they know start dying. I don't think the second-wave states have hit that level yet, but with the rise in confirmed cases I think we're going to be seeing those deaths in about a week, sadly: 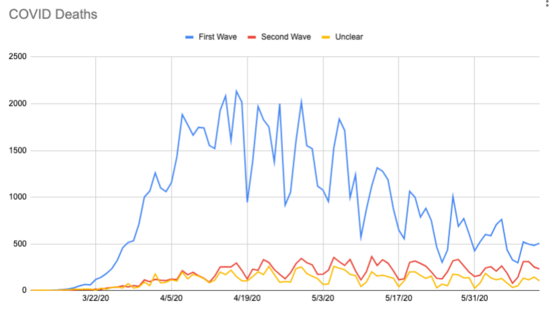 If the main mechanism really is that things need to get bad before people start making adjustments to their lives, then there's not much we as individuals can do. I do think, however, that pushing for mandatory masking and setting a norm of always wearing a mask when out is worthwhile.