In reading about putting three car seats across the back of a car, one problem people described was it being difficult to buckle a booster seat that is right up next to another seat. I also ran into people saying that you should definitely not use seatbelt extenders to solve this problem. 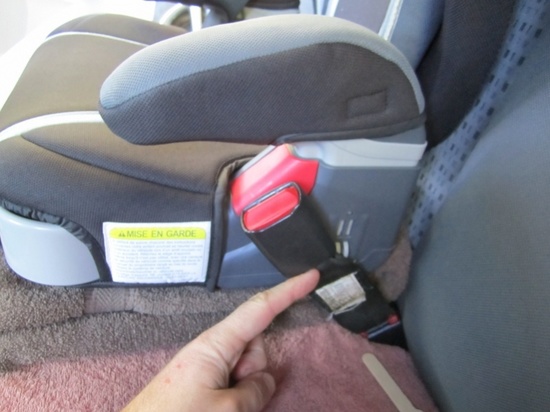 Naively, a seatbelt extender seems exactly the right tool: Since the problem comes from the booster moving the child up without moving the buckle up, an appropriately sized extender that moved the buckle up to match seems ideal. So what is the problem?

The objections I read are that an extender might be:

These are all real things that could go wrong, but they are also all things that can be addressed. Belt extenders are made in a wide range of lengths, and one that is the same height as the booster seat puts the belt in the same relation to the child as it was designed. This keeps the buckle off their belly, leaves the shoulder belt at the right height, and keeps the buckle well below the armrest.

Similarly, you can buy belt extenders for a specific seat in a specific vehicle. For example: 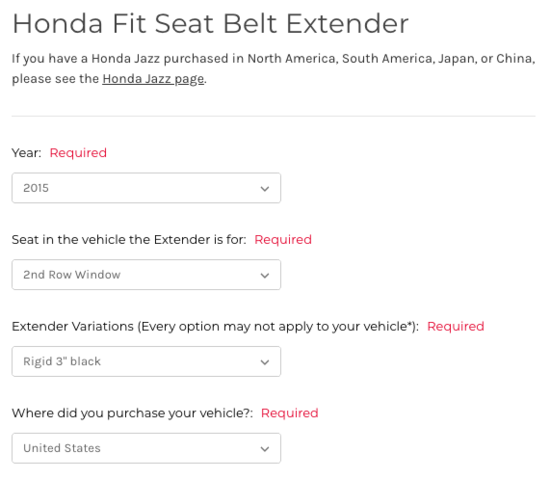 As for build quality, these extenders are designed for adults too large to fit a standard length seatbelt. Using them for someone much lighter adds a huge safety margin.

Some people point to an accident where a child was severely injured when their extender failed in a crash, but this was a Ford extender plugged into a Nissan vehicle. It was such a bad match it could "be unbuckled without pressing the button by bending it in a person's hands." I don't think this case is very informative?

It seems to me like it ought to be safe for someone to use one provided that (a) the top of the extender is no higher than the plane of the booster and (b) it's the right one for their particular seat in their particular vehicle. Perhaps, however, this is complex enough that people would get it wrong, and get hurt, and so we say not to do it? Alternatively, are there other issues I'm overlooking?

Our family is not planning on using a seatbelt extender this way, but it seems very weird that everyone says it is categorically unsafe while only giving reasons that apply to clearly incorrect usage.