There are various gendered patterns you hear people talk about with names, one of which is that names go from male to female but not the other way around. After a friend put up a challenge to find even a single name that went the other way, I decided to look into the data.

In the US, the Social Security Admninistration provides a list of all names that at least five social security card holders have had, broken down by year and gender. I looked at this list and found all the names that had a decade where they were 60%+ one gender and then a later decade where they were 60%+ the other gender. For example, 86% of babies named "Gale" were male in 1920s, but by the 1950s 81% were female: 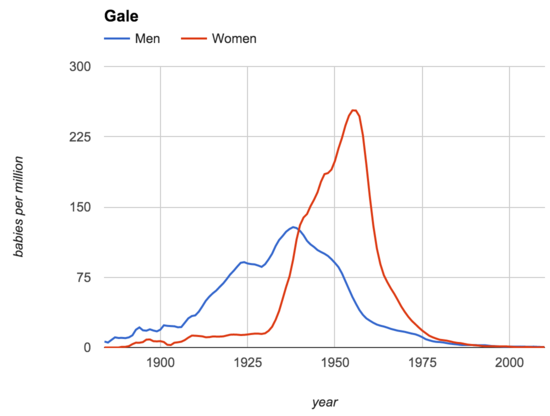 Overall, I found 62 popular male-to-female names and 26 female-to-male ones. What do these look like?

Names that moved from male to female

Names that moved from female to male

The first thing I noticed with these two lists, is that it's not as lopsided as I expected. While there are definitely more male names that have become female, it's only 2-3x more and there are quite a few that have gone the other way: 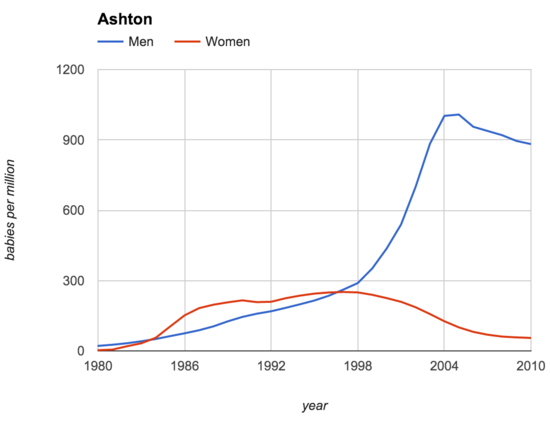 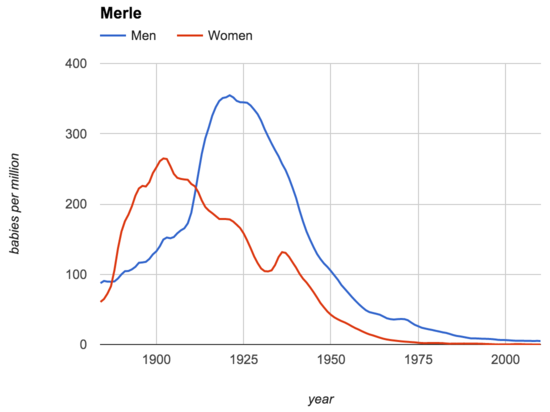 And even some that have switched more than once: 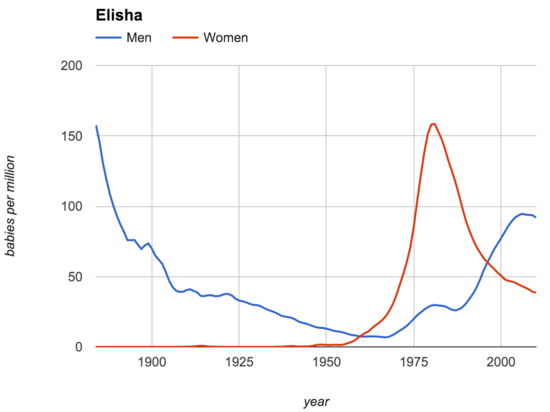 One thing that jumps out at me about the female-to-male list, though, is that there are a lot of diminutives, like "Frankie". 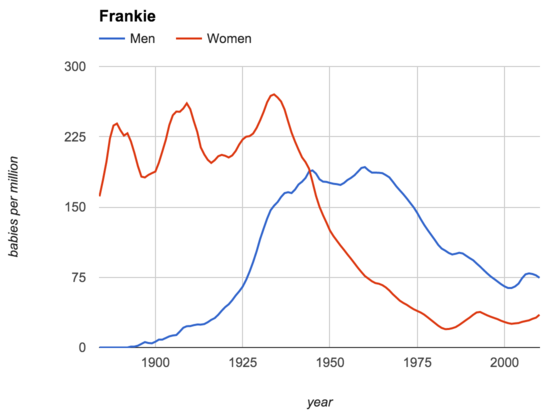 My guess is what's happening here is that instead of a traditionally female name becoming a common male name, we're mostly seeing changing norms around what to put down as official names for Social Security purposes. The idea is that maybe there have always been more men going by "Frankie," but initially most of these men had been given the name "Frank" and later more parents started putting down the diminutive as the official name. I don't know how I'd test this guess though.