When I started at Google about ten years ago I was surprised to learn that image macros ("memes") were very popular internally. There was a page for creating, sharing, voting on, and discussing them, "Memegen" [1], and it was rare for someone to give a presentation without including some. My initial reaction was pretty negative: my earlier exposure to memes has been low-quality jokes in places where they tended to crowd out better discussion. In this context, however, they weren't actually crowding other things out, and instead Memegen's listing for highly-upvoted memes provided one of the best overviews of company-internal news.

Memes often make heavy use of shared context. Initially this was broader culture, but well-known previous memes feed back into cultural references available to draw on, and you get the beginnings of a language. For example, an image of a guy with an ugly brown cap became a standard way of talking about a particular kind of selfish or unreliable behavior. Each meme using that image reinforces and expands the association, increasing how much you can communicate by using it as the background for another meme. The hat is recognizable enough on its own that people will draw on those associations by pasting the hat in other contexts.

With tens of thousands of people creating and sharing Google-internal memes for over a decade, the internal associations from past memes diverged from external ones. Not entirely, since people weren't cut off from the outside world, but in a way much like a dialect. As someone who's read ~hundreds more Google-dialect memes than general-internet ones, this is something I need to think about when I (as I very occasionally do) make memes.

For example, remembering an old 80,000 Hours article and thinking about the FTX collapse I put something together for the EA memes FB group: 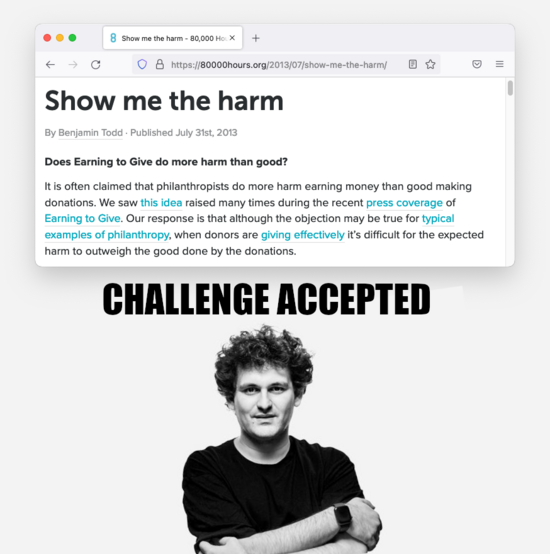 I selected and adapted the image of Bankman-Fried at the bottom to resemble the "challenge accepted" stick figure that is standard in the general internet dialect: 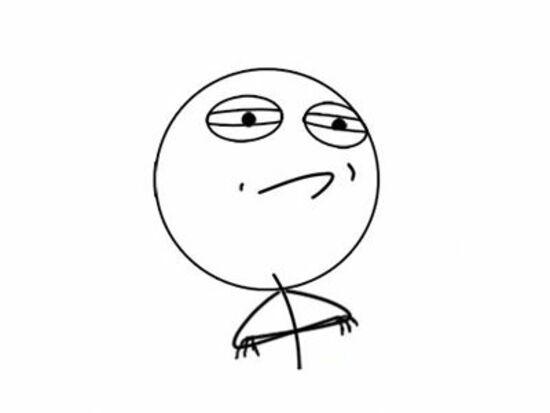 This felt a bit like speaking a foreign language, however, since (per memory, can't check anymore) inside Google people would normally use variants of this image of someone drinking beer: 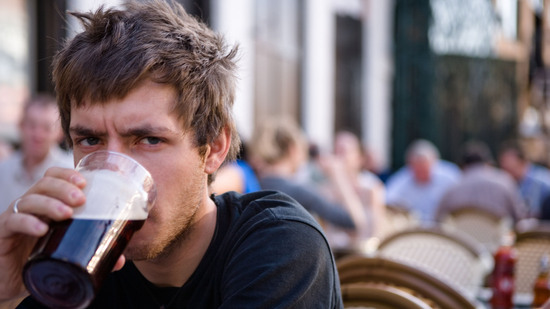 Until yesterday, however, I didn't know that on the broader internet that image has associations of burned-out college students. I'm glad I realized this before editing a pint into a picture of Bankman-Fried to make a meme that wouldn't have made much sense to people who don't share my dialect!

This makes me wonder what other ways the dialect I've ended up with differs from the general-internet one. Perhaps this could make a good paper for a relaxed linguistic department (ex: pdf)?


[1] Created by my former Google Cambridge coworkers McMillen and Feinberg. Leaked in late 2012, then described officially in How Google Works.