The MBTA has a major funding problem. Most of their money doesn't come from fares, it comes from the sales tax and from fees it charges to the towns it serves. As they have brought up new services and and grown their ridership, only the money they get from fares has increased. Making things worse, the sales tax has grown much less than it was expected to when the state decided to make this their main source of funding. And the MBTA has a huge debt, much of it from things unrelated to them.

With a massive budget shortfall coming up, they're trying to raise revenue or cut expenses. They're put out a proposal with two scenarios. The first one raises fares 43% and cuts: 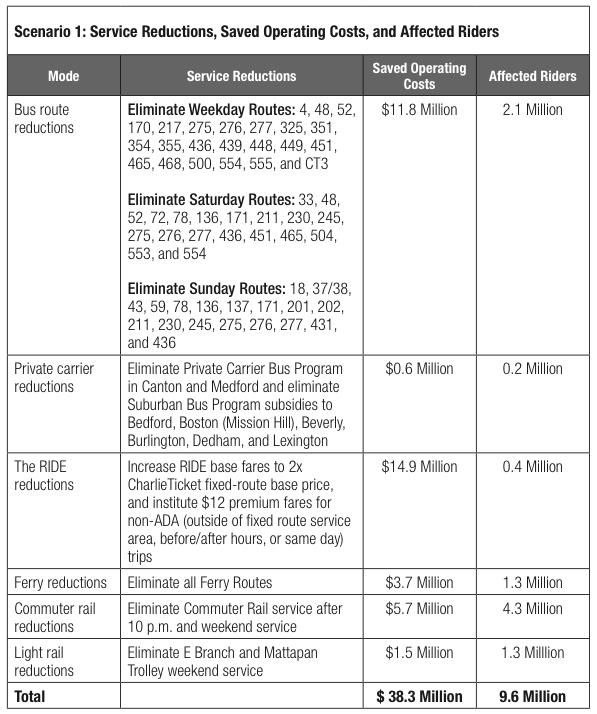 The second raises fares 35% and cuts: 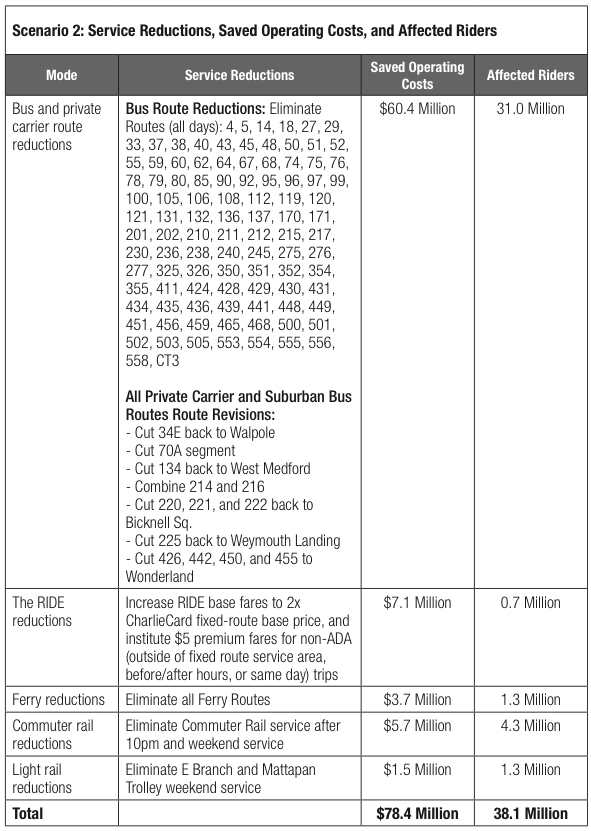 Do you see all those buses? That's absolutely huge: 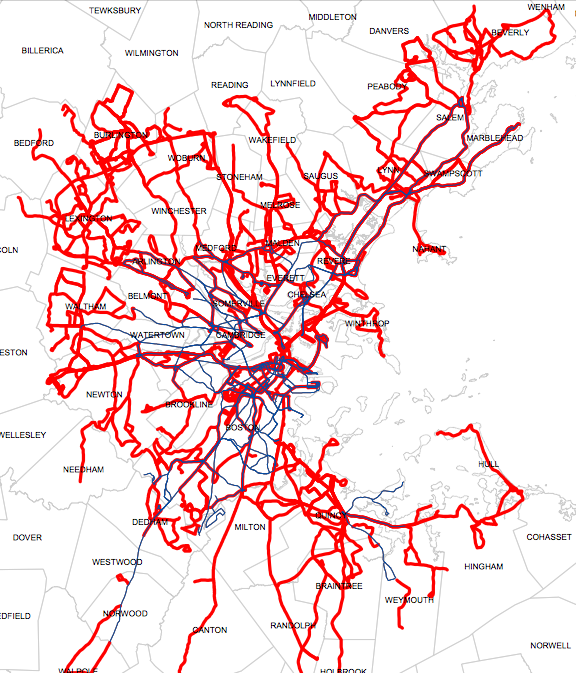 The bold red routes are eliminated, the blue ones are kept. This would make living without a car much less practical. I've heard some people say that the MBTA is bluffing by offering extreme service cuts that they will negotiate down from. I hope they're not, because when Chicago's CTA tried this negotiations failed and they ended up going ahead with the major cuts.

Really, the problem is not too much service or too low fares but too much debt and too little funding. In 2007 the Transportation Finance Committee (TFC) recommended:

The MBTA has over $5.2 billion in outstanding principal debt and paid $351 million or 27 percent of its operating budget on debt service in FY 2006 more than the total of all fare revenue collected. About 35 percent of the principal amount of the outstanding debt ($1.8 billion) is directly attributable to carrying out Central Artery/Tunnel commitments. That debt is rightly the responsibility of the Commonwealth, not the MBTA. Level-funded over a 20-year period, this would shift about $117 million in debt payments from the MBTA to the Commonwealth. It should be emphasized that this debt must still be paid. The substance of this recommendation would transfer this obligation from the MBTA to the state budget.

The $117M/year in debt payments that the TFC thought should shift to the state budget is twice the size of the cuts we're talking about.

←
Why does the BIDA open band work well? Singing Squares
→