We got our dining room table used, and it didn't come with any leaves. I made one out of plywood when we first got it, and it's been pretty helpful over the past ~7y: 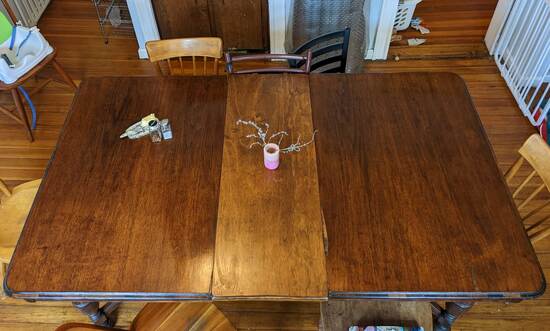 With the leaf we can comfortably fit eight: three on the long sides and one on the short. If we have more people two on the short works, but when you get above ten people it's pretty squishy. With our new housemate, starting to have dinner guests again, and Nora getting close to sitting at the table with us, I wanted to make the table bigger again.

The telescoping mechanism opens to 36", and the current leaf was half that. I considered making a new leaf the same size as the previous, but decided to make a full-size one instead since it would be sturdier. It should also look a bit better, since it will only fail to match the surrounding table and not additionally the earlier leaf.

I cut some 3/4" plywood to the table width and rounded off the corners. I needed to drill four holes for pegs that the table uses to keep the leaf aligned. Here's the initial fit: 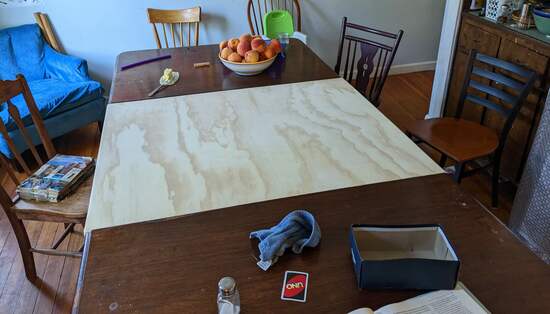 I sanded it with 80/120/150/220 grit on the random orbit sander until it was very smooth, almost soft to the touch. I used Minwax wood finish ("Early American 230"), left over from an earlier project, to stain it. I did two rounds, because last time it ended up lighter than the rest of the table. If you want a better match you can test out a bunch of different things in parallel on the back of the piece or a scrap of identical wood, but that didn't feel worth it here: I'm not even using the same type of wood as the rest of the table. Then three coats of oil-based polyurethane: 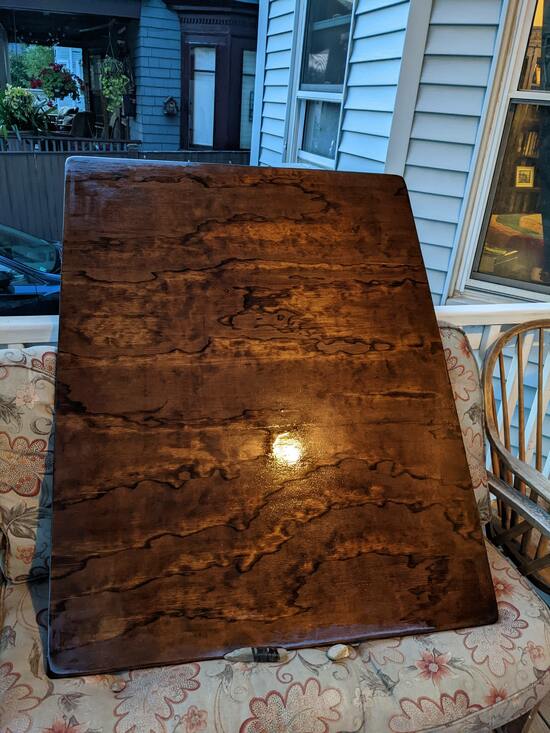 It was still slightly rough so I sanded it again with 220: 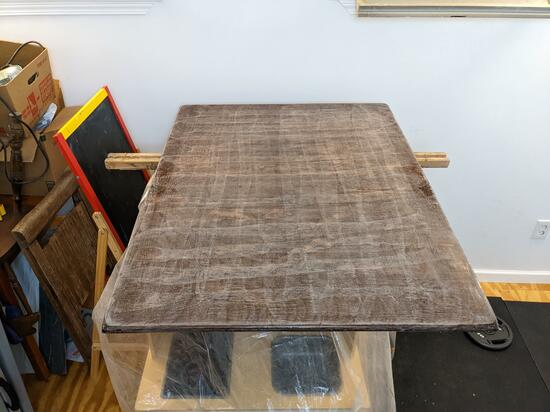 Another coat of poly, and here's the finished leaf: 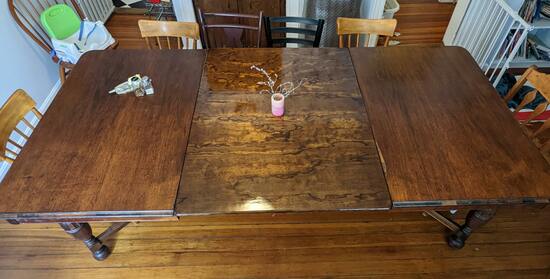 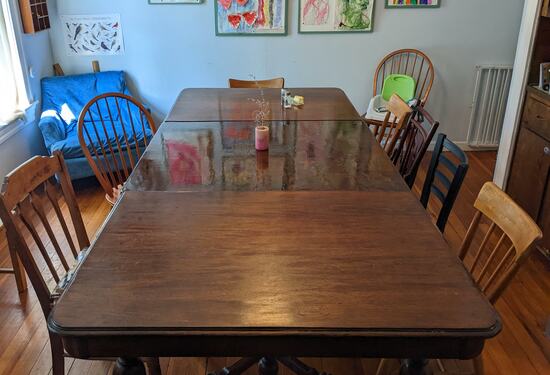 It will get less shiny with a bit of use, and fit in better. You can see that the outer edge is a simple rounded corner, and not the more complex routed design on the original. I'd considered trying to match it, but it would be a lot of work and I don't think most people sitting at the table will care.

Now it's back outside to air out (smells like polyurethane) until we need a big table!