When using a clip-on microphone for a violin, where should you place it and what way should it be pointing? I've heard conflicting advice on this, and seen fiddlers put them in several different places, so what sounds best? Chris Jacoby and I tested a common cardiod condenser clip-on microphone (the Audio Technica pro 35) in several positions and orientations. We simultaneously recorded with a common cardiod dynamic stand-mounted microphone, the Shure sm57, positioned about four inches above and pointed at the bridge. As we varied the position of the clip-on, we didn't change the dynamic one.

I asked several people to evaluate recordings of the 10 mic positions plus two randomly chosen ones of the sm57. These were blind evaluations; no one knew which recordings were which. Evaluators were:

Everyone listened to the samples in the same randomized order, which in retrospect wasn't ideal. If you would like to test for yourself what you liked and disliked, before reading further make up your mind from these blinded samples and then check the key.

Overall we were surprised how many sounded good. There were some we didn't like, but most of the tests gave clear sounds across the range of the instrument. Looking at everyone's preferences, position 11 with the mic just above the G-string seems to be the best all-around: 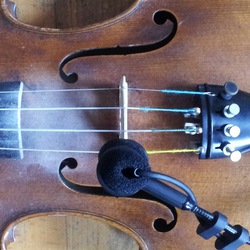 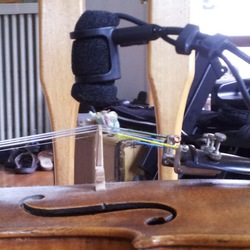 Aside from that, we were kind of all over the map. There were a few that we all agreed sounded bad (#4), and we had some agreement on ways particular ones were unusual (#8), but there was no clear second choice position. Contrary to my expectation, the dynamic mic (sm57) was not generally preferred to the best clip-on locations. 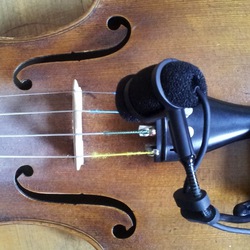 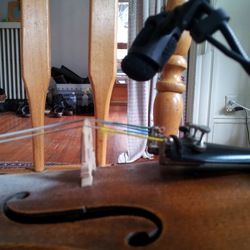 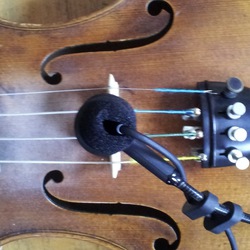 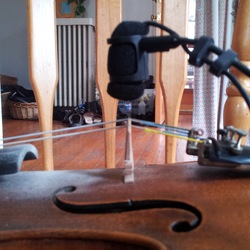 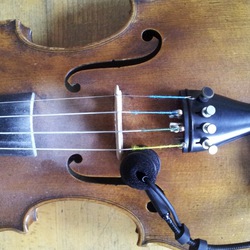 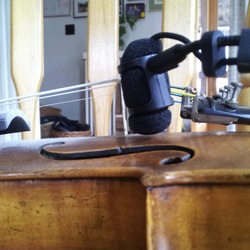 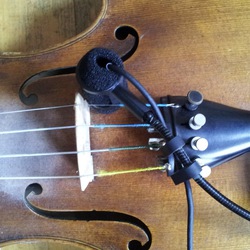 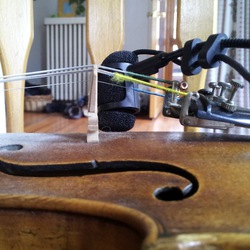 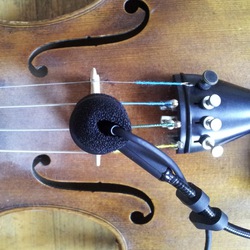 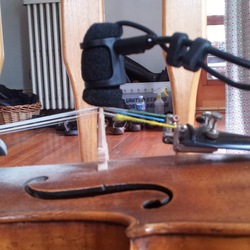 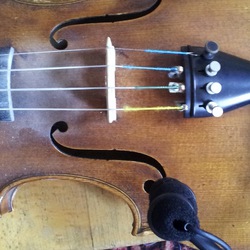 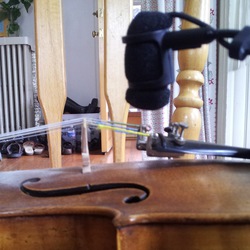 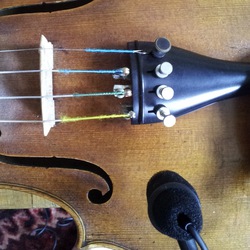 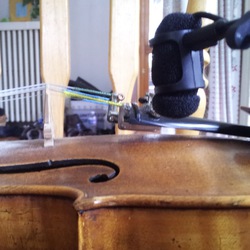 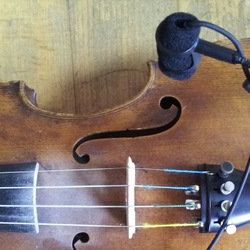 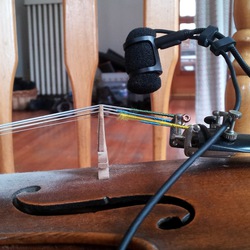 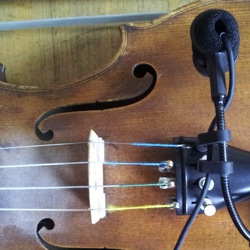 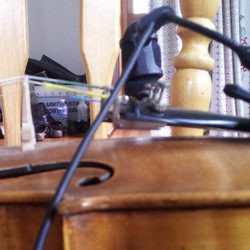