Julia and I visited a town in rural Ecuador this weekend. One thing that struck me was how many things were made out of cars. There was a small fair with some rides, and one of them was a ship that would swing back and forth. As we approached it, I kept hearing the sound of an engine revving up and then tires squealing. I thought I was hearing someone practicing peeling out, but it was actually the ship ride. Power came from a repurposed and rearranged car, where the operator sat in a driver's seat and shifted the transmission between forward and reverse depending on which direction the swing was currently moving. Then they'd give it some gas (two pedals: gas and clutch, not brake) and a drive wheel would spin up. That wheel pushed the bottom of the boat and accelerated it. The controls, along with the engine clearly from a car: 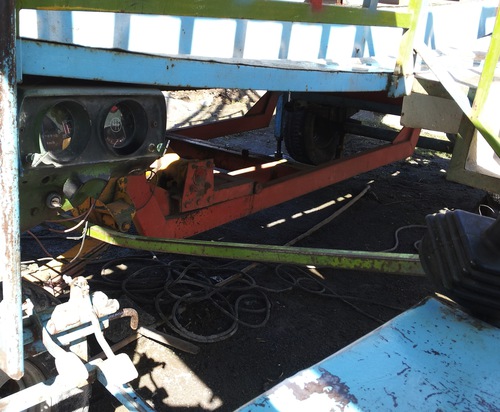 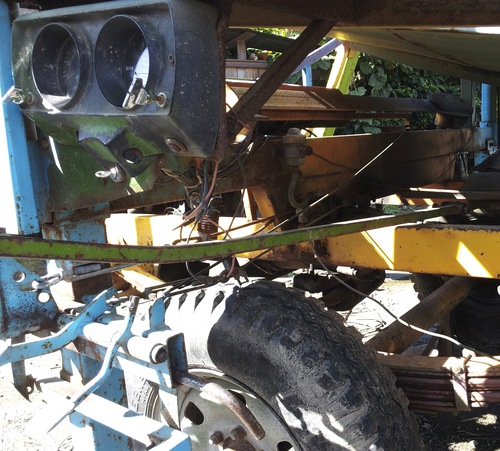 At the same fair was a "gusanito" (little worm), a ride where people sat in a series of trailers and would be pulled all around the town. The front segment was a Land Cruiser dressed up as a worm head: 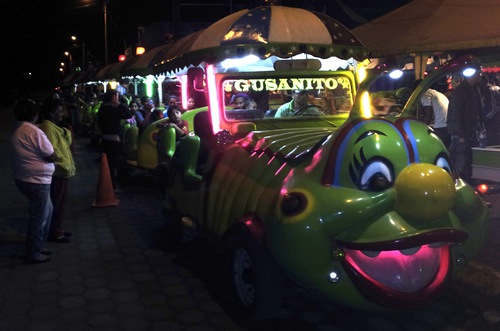 We took a "tarabita" (aerial tram) across a valley to see some waterfalls. It hung from one strong cable while a car engine pulled it with a second loop of thinner cable: 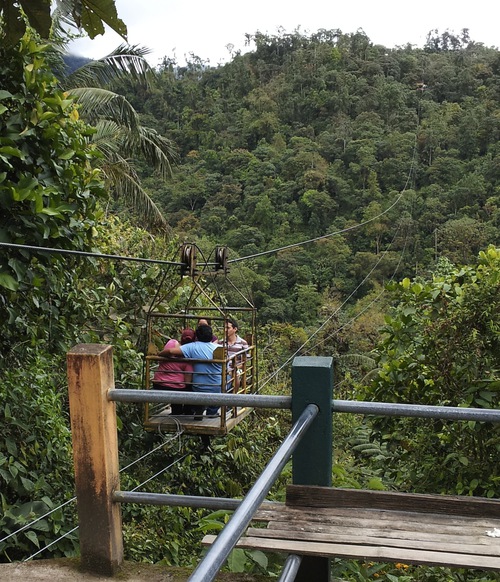 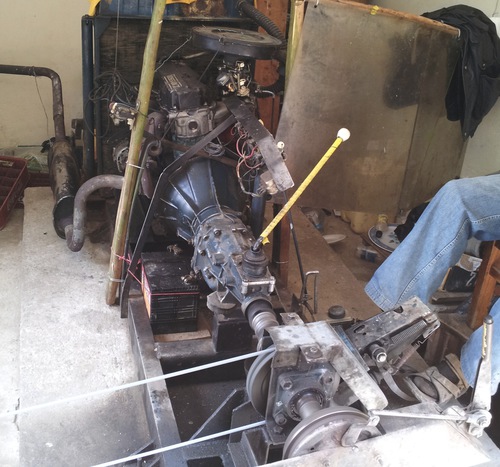 ←
The Trouble With Charity Navigator Does preventative medicine save money?
→