In 1948 there were a lot of rail lines in the boston area that are no longer in use. Below is a map from 1948 where I've added dots to show right of ways that currently carry passenger service (purple: commuter rail, other colors: rapid transit): 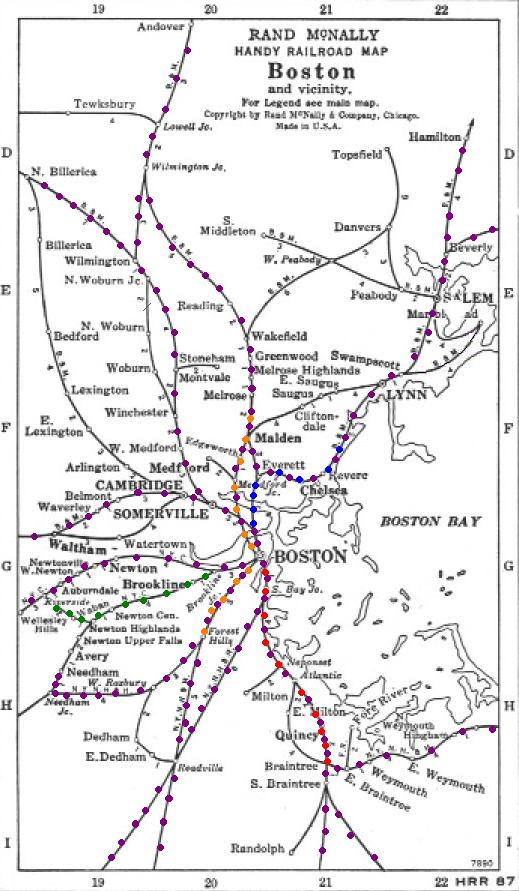 Looking at satellite imagery, rail lines, even ones that have been somewhat built over, are still visible. The slow curves with their effect on street patterns is often apparent even when the tracks and even the right of way are gone. The right of way for the line to watertown in particular keeps grabbing at me when I look at maps of the area. After the green line is extended to medford and the blue line to lynn, could this line be brought back as rapid transit? What if the red line extension to arlington was instead part of this same line, and there was a transfer at alewife? Something like: 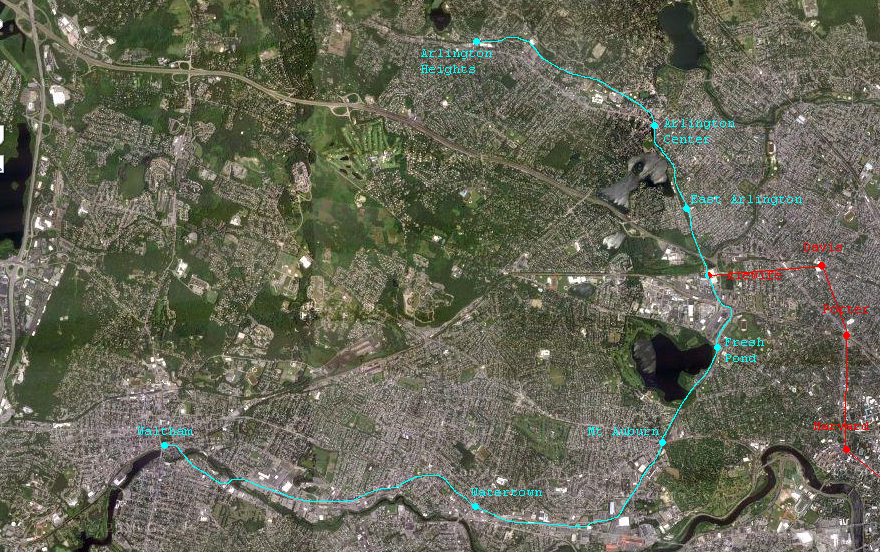 While the tracks did at one point continue past watertown to waltham, that portion may well be too built over to use, in which case this line could stop in watertown square. Waltham does have high population density, though, and the case for bringing rapid transit there is similar to that for lynn.

Some parts would certainly have to be underground, such as the arlington center and watertown square stops, but it's unclear how much of the rest would need to be. Regardless, even for the parts that would have to be underground, they could mostly be just barely buried with a relatively cheap cut-and-cover approach.
←
Housing Debt Informal Contra in Davis Square IV
→